Stories From “Shut Up”

These are real life stories taken from the lives of teens.  In some cases, the names have been changed to protect the identities of the brave teens who shared their story to help others. 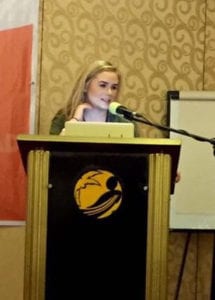 Corey Pierce is a high school senior in Sunnyvale, CA and also a student at Canada College.  After a horse accident and head injury when she was 10 years old, Corey struggled with depression, and is now passionate about sharing with other teens her own story of depression because she knows that many teens struggle with depression, anxiety and other stressors in today’s pressure driven culture.  Corey is a humble person who values being authentic and encourages teens that they aren’t alone and to reach out for help.  Corey also wrote the book, Penny From Heaven, which tells her personal story of training a wild mustang foal named Penny, which helped her heal after the head injury.  Corey’s dream is to become a doctor on the mission field, and she is now a guest speaker at youth conferences, radio, television and mental health forums in the United States and most recently, in the Philippines.

This site uses Akismet to reduce spam. Learn how your comment data is processed.

How To Be A Part

Are you interested in partnering with us to make a difference in the lives of students in crisis? We have so many ways that we would love for your be a part of our ministry. Find out more about how you can pray and donate to our ministry.